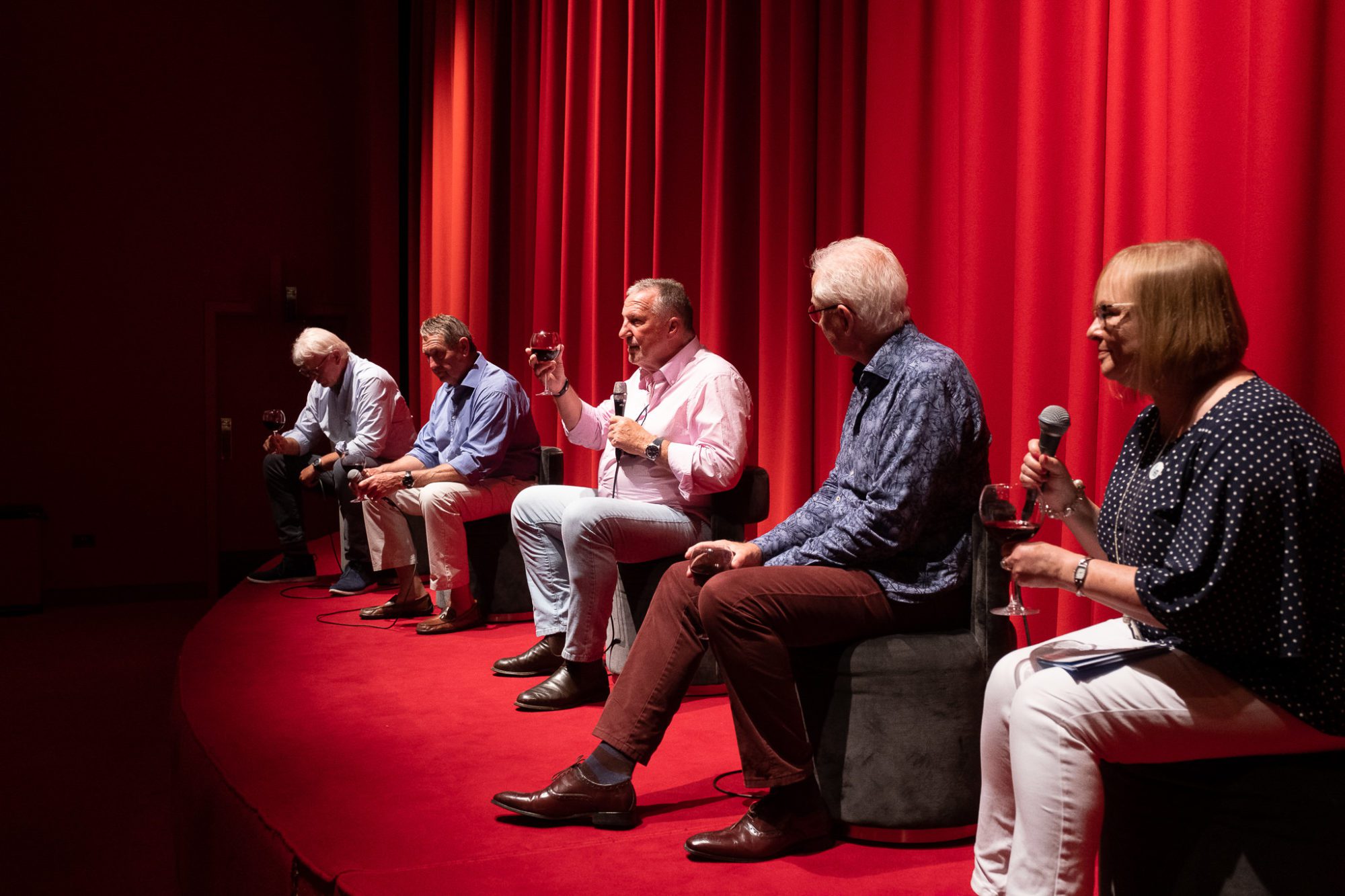 40 years on from Headingley 1981 when Bob famously took 8-43, a full house watched From The Ashes – James Erskine’s rousing tale of England’s extraordinary fightback from the brink of defeat against the old enemy, Australia.

Following the screening, the star of the film, Ian Botham (now Lord Sir Ian Botham) was joined on stage by David Gower, Graham Gooch and Paul Allott for a Q&A hosted by BBC Radio 5 Live’s Eleanor Oldroyd. The cricket celebrities recounted stories of how they pulled off the impossible and told unusual and funny tales of the match while sharing fond memories of Bob.

The evening concluded with a drinks reception at the Members’ Bar. Former England cricketer Mark Butcher sang songs by Bob’s musical idol, Bob Dylan, while the guests sampled Botham Wines, including, of course, the 81 Series Shiraz.

Bob was a much loved Founder Member of the Olympic Studios. He was an avid movie watcher and visited several times a week. A huge thanks go to Bob’s friends Ian Botham, David Gower, Graham Gooch, Paul Allott, Mark Butcher and Elly Oldroyd for giving up their valuable time for free to help the cause.

The Bob Willis Fund and Bob’s family are also hugely grateful to Mairead Murray and everyone at Olympic Studios for helping us put together such a wonderful and special event in Bob’s memory.